Close Menu
Houston Personal Injury Lawyer > Blog > Assault & Negligent Security > I WAS ASSAULTED AT MY APARTMENTS. CAN I SUE THE APARTMENTS? YES!

I WAS ASSAULTED AT MY APARTMENTS. CAN I SUE THE APARTMENTS? YES! 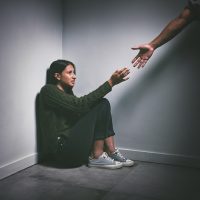 Apartment security (or lack of) is a common problem. Apartment owners and their management companies have been known for putting profit over safety. That is, they have been known to go cheap on security measures as simple as lighting, fencing, fixing broken gates, or warning residents of prior assaults at the apartment complex.

An example of an actual “premises liability” case is one of many cases we have handled in the past involving an assault of a family inside their apartment. Our client was coming home late one night. As he exited his car, several men approached him in the dark parking lot, put a gun to his head, and forced him into his apartment where the men beat him, threw him into a closet with his daughter, and assaulted his girlfriend—all while (fortunately) his young son slept in the back room because the men did not see him.

Both property owners above knew they had “premises liability” problems and did nothing about to fix or warn about them before our clients were badly injured.

Premises Liability Injuries on Property Other than Apartments

If you were injured in an assault at or on someone’s property or business or by a defect in the property—such as cracked concrete, broken gates, or criminal activity—you may be able to hold the property owner or the property management company responsible. Contact the Houston personal injury attorneys at BadassInjuryLawers.com today to schedule a free consultation and discuss your options to get what you deserve.

By Livingston & Flowers PLLC | Posted on October 13, 2022
« YOUR CAR IS WORTH LESS AFTER REPAIRS THAN BEFORE THE ACCIDENT. CAN YOU RECOVER THE DIFFERENCE? YES!
What To Do When You Have Been Sexually Assaulted In An Apartment Complex »