Lax Security Blamed for Murder of Seniors at Retirement Community 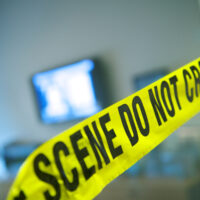 Lax security is being blamed for the deaths of as many as seven residents at a North Texas senior home. The senior home served as the hunting grounds of suspected serial killer Billy Chemirmir who posed as a health care worker or a maintenance man to gain access to the facility.

Chemirmir is suspected of killing Ann Conklin (82) and Miriam Nelson (81) in their apartments. Now, their families have filed a lawsuit against the Preston Place Retirement Community in Plano, Texas claiming that they ignored warning signs and negligently provided security to their residents.

Karen Harris and her husband, former Dallas Cowboys star and hall of famer Cliff Harris reported seeing a strange man two days before her mother was killed. The man, she said, was wearing rubber gloves and was nicely dressed, which didn’t seem to jive with his explanation for being there. He told the Harrises that he was there to fix a leak, but Harris didn’t trust the man because he was not any of the maintenance men that she’d seen before.

After the death of Miriam Nelson, a second victim was taken, Ann Conklin. Jennie Bassett recalls her mother telling her that there had been chatter concerning stolen jewelry, but dismissed the claims because Preston Place would have informed residents of the issue. Bassett discovered her mother’s body on the floor of the apartment.

Attorneys for the family say that Preston Place prioritized the profits of their investors over the lives of their residents and that resulted in the deaths of seven women over the course of five months. Another woman, who survived an attack from Chemirmir, was able to provide police with information leading to his arrest. Chemirmir is being charged with 12 counts of capital murder but has maintained his innocence.

All proprietors and property owners owe the people that come onto their property a duty of care to maintain their safety. This is especially true in residential facilities that have foreknowledge that an event is likely because it has taken place before.

While negligent security cases are often complicated by the fact that the plaintiff must establish that the property owner either knew or should have known about the potential threat, this case is unique insofar as how little the plaintiff’s attorney will need to do to establish that.

If you’ve been attacked on someone else’s property, you may be able to file a lawsuit under the theory of negligent security. Call the Houston assault & negligent security lawyers at Livingston & Flowers today for a free consultation and we can help you hold a negligent property owner accountable for their carelessness.

By Livingston & Flowers PLLC | Posted on April 8, 2020
« The Accident That Resulted in the Death of a Toddler Aboard a Cruise Ship
Family Sues After Airport Worker Killed in Baggage Accident »